Over the weekend, I read that the last week of November the Brazilian Instituto Nacional da Propriedade Industrial (INP) signed two essential Memorandum of Understanding (MoU).

1. INPI and the European Patent Office (EPO) MoU was based on an Enhanced Technical and Strategic Partnership aims to improve cooperation between Brazil and Europe in the area of patents. The time frame of the MoU is a two-year work plan which is agreed between the two institutions.

INPI’s president declared the memorandum as an important piece which will ‘stimulate investment in innovation and industrial property, focusing on the generation of new patents, especially in partnership.’
Both offices also renewed their Patent Prosecution Highway (PPH) pilot program among their respective offices.
More information here.

2. INPI and the United States Patent and Trademark Office (USPTO) signed the Patent Prosecution pilot project Highway (PPH). This will take effect on December 1, 2019. http://www.inpi.gov.br/noticias/inpi-assina-novo-pph-com-o-escritorio-americano
PPHs do promote work-sharing by, for example, enabling patent applicants ‘to request accelerated processing in the national phase, where patent examiners can make use of the work products from the other Office(s).’

In the meantime, the EU keeps negotiating with Brazil  as part of the negotiation with Mercosur (Argentina, Uruguay, Paraguay and Brazil are members of this regional trade bloc).
Brazil represents an important market to both, the US and Europe. For instance, by 2016, Brazil was placed as the largest economy from Latin America making 30.8% of the EU’s total trade with the region. Likewise, by 2018, Brazil was the US’s 9th largest good export market. 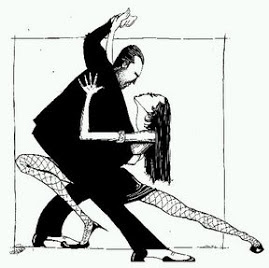